Home
Suppliers
EarthOil
Fair For Life
Coconut
Back to previous

Coconuts are prolific across the tropical and subtropical parts of the globe and have been used for thousands of years — as a food source, for the fiber (coir), and for the wood itself. Coconut oil, which is produced from the coconut flesh, has historical use as a cosmetic ingredient, both as a skin moisturizer and hair conditioner.

Most coconut oil on the market is actually extracted from copra, which is the dried flesh of the coconut, a mass-produced oil that requires huge amounts of energy and produces inherently damaged oil. The crude oil produced this way requires further refining, bleaching, and deodorizing, requiring additional chemicals and large amounts of heat to produce a commercially acceptable product. This process also strips away much of the wonderful fragrance and natural benefits found in coconut oil, meaning the coconut oil produced from copra and virgin coconut oil are two very different products.

Earth Oil is proud to support grassroots industries and communities around the globe, including an organic virgin coconut oil project in Samoa that is run by a not-for-profit women’s business foundation. Coconut oil is intrinsically tied to Samoa’s cultural identity and heritage. The project is a unique venture aimed at sustaining local rural Samoan coconut farmers and the environment, and rebuilding the economic independence of individual villages in the area. The foundation works with a number of family groups to set up virgin coconut oil (VCO) production sites. By locating the VCO production sites within the villages, the returns to the villages and to the individual family groups are much greater.

In Kenya, production of organic virgin coconut oil supports more than 1,800 farmers in 45 villages through a Fair Trade project. Hundreds of workers and their families benefit from this important Fair Trade project also. The initiative is used to fund programs that are deemed vitally important by their villages, including: adding school classroom desks for students where none existed in areas such as Zigira Village and Ukunda scheme; distributing coconut tree seedlings to farmers in response to drought and aging trees; and, adding health care insurance coverage for staff.

There are currently 728 organically certified farms, the majority of which grow coconuts, with 20,000 kg of coconut oil produced annually. Recent additional funding will allow two additional production sites to be added, and more VCO sites will be set up as the market increases. The coconut project produces a livelihood for families to enable them to remain at home and earn a regular income while also employing other villagers and sustaining family cash needs without relying on remittances or other outside support. Each site is capable of producing up to 500 kg of oil a month without much effort, with two sites currently producing more than 1 ton a month, but production varies by family and village events.

The nuts are collected before being cracked open and the white flesh extracted by hand. This flaked flesh is then carefully dried before being passed through a hand-operated hydraulic press to produce a virgin coconut oil. The production process is extremely rapid, especially when compared to the traditional copra process. In fact, virgin coconut oil is produced within one hour of cracking the coconut. This process locks in the aroma "volatiles," thus giving the oil its unique coconut aroma and flavor.

Uses and benefits of coconut oil

Because of its high saturated fat content, coconut oil is stable, and has a long shelf life, making it ideal for use in cosmetics. Coconut oil is readily absorbed into the skin, as generations of users can confirm. It has high levels of antioxidants, which may help protect against free radical formation and consequent damage to the skin.
Contact EarthOil for more information.
EarthOil specializes in smallholding producer projects in remote areas. We can help you access these communities and be part of their growth and development. EarthOil welcomes visitors to its projects and encourages opportunities to meet the people and see firsthand the communities where we operate. 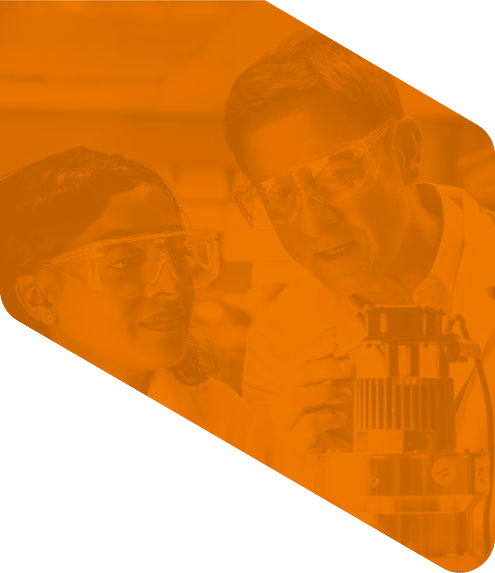